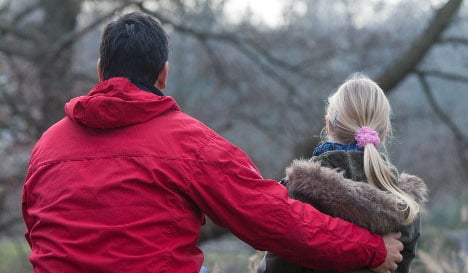 The six to one decision was in favour of a 45-year-old father from Cologne. He has has been trying to gain custody of his 14-year-old daughter for eight years after a state court denied him dual custody in 2003.

According to current German law, unmarried fathers can only get partial or full custody of their children with the consent of the mother, which the man did not have.

“There is no reason to keep the right to child custody from a father when he wants to take on this responsibility,” the father in the case said. “The German government has known about this problem for ten years. But I fear that only a minimal solution will be found and the right of the mother will remain in the foreground.”

Germany’s high court in Karlsruhe codified this law in 2003, explaining that giving mothers a veto avoided long-term legal battles between unmarried couples. A single father pays child support but has no right to make any decisions and can also be prevented from seeing his children. Austria, Switzerland and Liechtenstein are the only other countries in Europe with similar custody laws.

But in a country where the Federal Statistics Office shows that every third child was born out of wedlock in 2008, the law has come under increasing pressure.

The court in Strasbourg has given Germany three months to review the law.

Justice Minister Sabine Leutheusser-Schnarrenberger reacted on Thursday by calling for a fundamental review of rights for single fathers.

Väteraufbruch, an association dedicated to the legal rights of fathers was optimistic about the verdict.

“Germany won’t be able to do anything but go along with the common legal situation in Europe,” Väteraufbruch‘s Ulrich Mueller said, adding that the country should institute an “automatic dual child custody similar to that in France.”