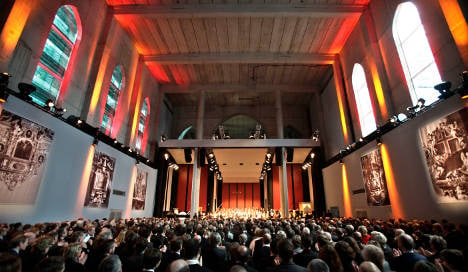 Attending commemorations in the Saxon city to mark the university’s founding, Köhler expressed understanding for recent protests by students across Germany.

Founded on December 2, 1409, Leipzig is the second oldest German university to have remained open without interruption after Heidelberg. It has been the academic home to likes of Johann Wolfgang Goethe, Richard Wagner and Friedrich Nietzsche.

But Leipzig has also been at the centre of modern-day student protests. Students interrupted the German Rectors Conference on last week in the city and occupied a lecture hall.

Earlier in November, more than 85,000 students took to the streets in Munich, Berlin, Freiburg, Cologne and other cities to protest botched educational reforms and a lack of funding for universities.

The demonstrations, expected to continue until the holiday break, are not losing steam either. Around 1,100 students marched through Hamburg on Wednesday.