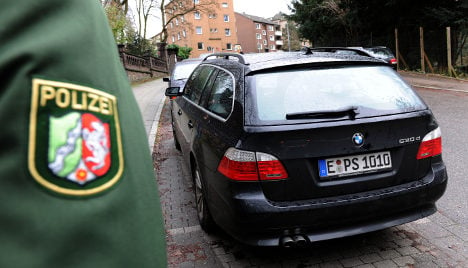 Police with the black BMW stolen by the fugitives. Photo: DPA

Michael Heckhoff, 50, was arrested in the town of Mülheim an der Ruhr in the state of North Rhine-Westphalia, more than 100 kilometres northeast of the maximum security prison where he and fellow inmate Peter Paul Michalski, 46, broke out Thursday.

Passersby had found an escape car the men were using at 10:15 Sunday morning and alerted police.

Heckhoff was spotted nearby and arrested at 11:03 by a squad of special forces commandos.

According to a report on Bild newspaper’s website, Heckhoff was arrested while leaving a house.

The paper reported that the fugitives had yesterday broken into the home of a businessman in the nearby city of Essen, identified as Hans-Peter St., assaulted the man and taken him hostage in his car, a black BMW.

They left his wife in the house after threatening to kill Hans-Peter St. if she called the police.

At about 7pm last night, they let their hostage go in Mülheim and drove on without him.

Michalski was still on the run Sunday afternoon, police in Cologne said. Bild reported that he had recently been seen in Mülheim wearing a white shirt, brown pants and brown trekking shoes.

Authorities previously announced they had arrested a 40-year-old prison guard suspected of helping the men escape, and providing them with loaded weapons and ammunition.

Michalski and Heckhoff were serving sentences for murder and attempted murder respectively. They attacked a prison warden and a porter before fleeing in a taxi for Cologne, where they hijacked a car driven by a 19-year-old female student.

Running out of fuel late Friday, they abandoned the car and its driver and disappeared.

Heckhoff was considered one of the most dangerous prisoners in Germany and had spent most of the past 30 years in jail. He was notorious for his role in an attempted breakout in 1992, when he and another prisoner took five people hostage during a visit to the dentist using a fake gun.

He and his accomplice dowsed a guard and two nurses with petrol and set them on fire.

He received a life sentence in 1993 for his role in that crime. 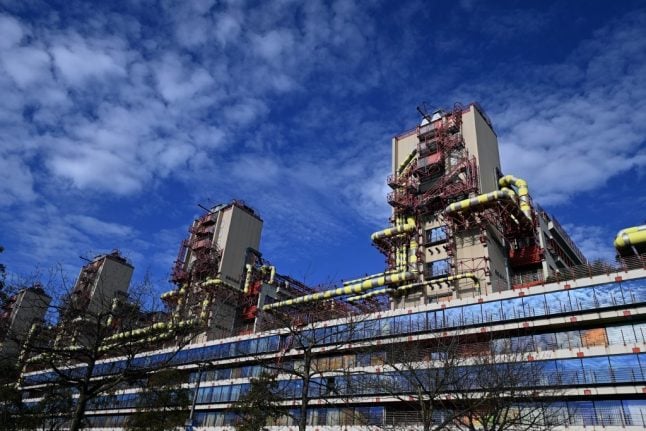