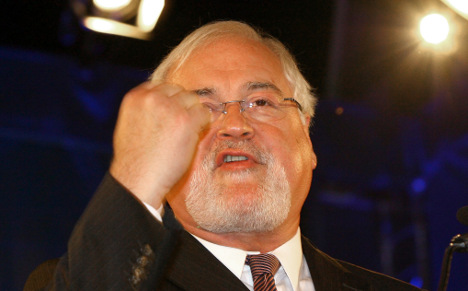 In what has been a week of headaches for Merkel, her own colleagues from the conservative Christian Democratic Union (CDU) are leading the brinkmanship amid fears their states’ budgets will be blown out by the drop in tax revenue.

The CDU Premier of Schleswig-Holstein, Peter Harry Carstensen, told Merkel at a fiery meeting Thursday night that he would resign unless his state’s concerns were taken in account, according to various media reports. However sources at the meeting between Merkel and the premiers told Handelsblatt newspaper in remarks published Sunday that the threat was “purely hypothetical.”

Thuringia’s Premier Christine Lieberknecht, also of the CDU, threatened on Saturday night in an interview on ZDF television to join Carstensen in voting against the tax cut package in Germany’s upper house, the Bundesrat, when it goes to the house on December 18.

She said her state could “not cope with” the projected drop in tax revenues.

“Therefore out of responsibility for the state and the budget, we cannot agree to it,” she said.

Merkel wants to adopt a fiscal package worth €8.5 billion including tax cuts and benefits aimed at spurring economic growth. The federal government would shoulder €4.63 billion of the loss in revenue, the states €2.28 billion and municipalities €1.57 billion.

Saxony and Baden-Württemberg, under CDU premiers Stanislaw Tillich and Günther Oettinger respectively, have also registered their unhappiness with the tax cut bill.