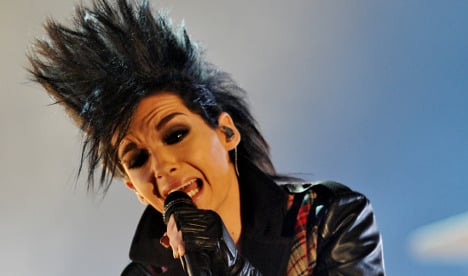 “If I look at the last five years, I didn’t have a chance to fall in love,” said Kaulitz, who admitted he last had a serious girlfriend when he was 15. “That’s really not enough for a 20-year-old.”

Kaulitz, known as much for his extravagant appearance as his music, said he doubted he’d truly fall in love any time soon.

“It will probably never happen to me,” he told BZ. “I hope I’m wrong, but right now that’s a realistic assessment. There are no dates and there’s no chance to meet anyone normal.”

But he said speculation he was gay because of his penchant for makeup and big hair was “almost boring” and to be expected: “I think it’s completely okay when guys like me. Why shouldn’t it be?”

The frontman for the former teenie rock band from Magdeburg also lamented how stardom had changed everyday aspects of his life.

“I have people who take care of everything – which is pretty cool for the first two years,” Kaulitz said. “But nowadays I’d like to decide on my own how to fill my fridge.”

But only once did he dare indulge his shopping urge – at a supermarket in America at 3 am, when the store was completely empty. “That was the first time that I realised how much there is to buy,” he said.