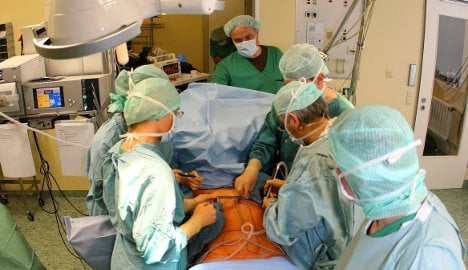 The now 34-year-old woman was falsely diagnosed with breast cancer three and a half years ago when the Böblingen-Sindelfingen hospital confused her biopsy results with those of another patient. The mistake led to a full mastectomy of her healthy breast.

She has since been fighting for compensation at the Tübingen district court in the state of Baden-Württemberg, but bickering over who was responsible for the error between the two facilities where she was treated – the University of Tübingen clinic and the Böblingen-Sindelfingen hospital – have delayed the case.

But her lawyer Anke Christ said the matter was finally resolved after the hospital unexpectedly offered to pay her some €25,000 in damages.

The judge in the case had said several times that the biopsy mix-up could only have taken place at the Tübingen clinic, but now neither facility will likely claim responsibility after the settlement.

Last week the pathologist from the Tübingen clinic rejected a settlement put forward by the court, which meant the proceedings were expected to continue indefinitely.

But the woman, who reported psychological illness as a result of the mastectomy, said at the time she couldn’t bear extended proceedings.

“The worst part is this trial itself,” she said. “It’s not about any amounts of money for me. I don’t have the strength to keep fighting. I want it to end.“

The Böblingen hospital will likely engage the pathologist in further legal action.