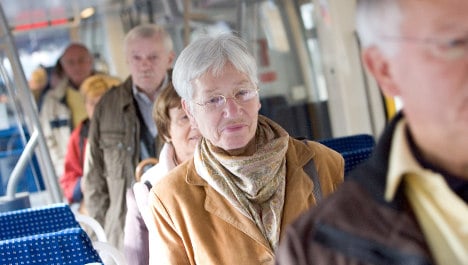 The precipitous drop will be accompanied by a dramatic shift in the amount of elderly people in Germany. Of the country’s current 82 million inhabitants, some 20 percent are now aged 65. But in 2060, that percentage will increase to 33 percent.

“In particular the consistently low birthrate and growing life expectancy is leading to an ageing and shrinking of the population,” Federal Statistics Office President Roderich Egeler told a press conference.

He said the shrinking population will be the “most important political and social challenges in the coming decades” for Germany.

In the next 50 years, the numbers of Germans being born will continue to decrease while the numbers of deaths increase, more than tripling the current annual birth deficit.

Egeler said that the country’s population decline is unlikely to be stopped by either net immigration or by a slight increase in the current birthrate of 1.4 children per woman.

But the population of working age people in is expected to drop by as much as 34 percent by 2060, forcing greater immigration in order to prop up the country’s generous welfare system for elderly Germans.

The population projections by the Statistics Office assume Germany’s fertility rate will remain nearly constant and that the life expectancy will increase at a steady rate.

CONFRONTING CORONAVIRUS
Some Swedish care homes have had no cases of Covid-19 – what did they do right?
Url copied to clipboard!