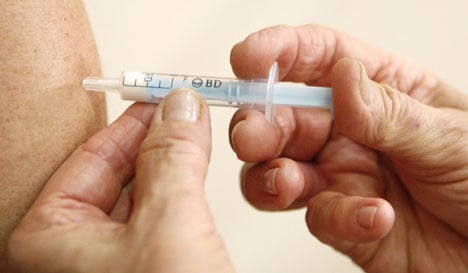 A 57-year-old and an 18-year-old both passed away in the past week from swine flu complications, Bavarian officials said. The authorities also confirmed suspicions that a 24-year-old woman from Cologne died on November 11 from the virus.

But the man from Thuringia apparently had a heart attack the same day he received his vaccination, the state’s Health Ministry said after an autopsy.

The daily Thüringer Allgemeine reported earlier on Monday that officials were concerned the man had had a adverse reaction to the vaccination.

A 65-year-old German woman with a heart condition died last Tuesday only hours after receiving an immunisation for swine flu.

But the heath authorities warn the danger of the spreading H1N1 virus far outweighs concerns about the immunisation. Germany’s Robert Koch Institute has so far recorded 19 deaths caused by at least 60,000 cases of the virus.

The rate of new infections has accelerated to 15,000 a week, increasing the urgency for vaccinations for particularly for high-risk patients such as pregnant women and children.