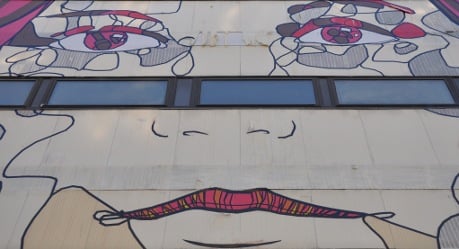 Berlin has long an affordable cultural Petri dish, but encroaching gentrification and commercialization has rallied members of the city’s creative community for a three-day festival of art, performance and debate this weekend.

Save Berlin Fest 09 begins on Friday night in Wedding’s historic Stattbad – a 100-year-old bath house that served as a public swimming pool for decades before being turned into contemporary art space.

“Save Berlin is an ongoing project to save the soul of Berlin, the best of Berlin, which we feel is being lost slowly to commercialisation,” the event’s chief curator Dan Borden told The Local.

Click here for a photo gallery of Save Berlin Fest 09.

In contrast to the celebrations over the fall of Wall earlier this week, Borden wanted to create a forward-looking forum, one which would force Berlin’s creative communities to consider their role in the city’s future urban development.

“Many of the changes that people are rebelling against now, like O2 World (stadium) or the Alexa (shopping centre), these horrible things in the middle of the city, there were models, there were plans 10 years ago, these things are not new, but no one was paying attention until the things were half-built,” said Borden.

He teamed up with Nadja Vancauwenberghe, editor-in-chief of the English-language magazine Exberliner, to solicit the city residents for “alternative visions” of Berlin in the 21st century. They received a diverse array of submissions including a performance imagining cabaret in 2029, sexually-explicit paintings created by a former bio-chemist and a statue of Marlene Dietrich atop the city’s Teufelsberg summit made from World War II debris.

In addition to the art exhibition and performances, there will be a panel discussion on urban development policies in Berlin since 1989. Ares Kalandides, an expert on developing the creative industries, said Berlin still stands to gain economically by fostering the city’s cultural fecundity.

“Berlin’s opportunity is not so much in attracting businesses, but in enhancing the business that it already has,” said Kalandides. “Large corporations, if they move at all today, they do not move to Western Europe, they move to Eastern Europe or Asia. I think this is a very 1970s and 80s policy, trying to attract large investments.”

Borden hopes the festival will help to stave off the city’s impending “Disneyfication” and shake its creative community out of its seeming state of complacency.

“Berlin is a city, where every night thousands of great ideas are born and die in these cafes and bars,” he said, adding that the festival will seek to keep such ideas alive and propel them into the future.