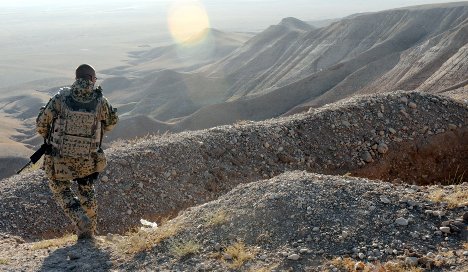 “The right approach is first to really measure where we stand in Afghanistan – and not sugar-coat it,” Ulrich Kirsch told daily Kölner Stadt-Anzeiger, adding that after eight years in the country these findings would require strategic changes for both Germany’s military and civilian services in the country.

“The balance sheet doesn’t look good,” he told the paper.

Kirsch also spoke with daily Leipziger Volkszeitung on Wednesday, calling for Chancellor Angela Merkel to encourage Germany to show solidarity with the troops in Afghanistan.

“We need a show of unity for and with the Bundeswehr in light of the dangerous situation in Afghanistan,” the top representative of Germany’s soldiers said. “And Angela Merkel could and should take the initiative for such a show of unity from the public.”

Germany has around 4,400 troops in an increasingly unpopular NATO mission in Afghanistan, facing an ever more tenacious insurgency. The German government will likely extend a 4,500-troop cap in December.