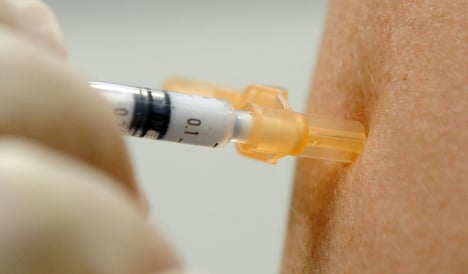 After receiving the Pandemrix shot at a general practitioner’s office over the weekend, the patient complained of dizziness, shaking and irregular breathing before going into anaphylactic shock and losing consciousness, the paper reported.

The doctor was able to stabilise the patient and alert emergency services, which transported him to a nearby hospital. He was released later the same day.

According to a Düsseldorf city spokesperson, such a reaction to the A/H1N1 vaccination is “very seldom,” and can also be caused by other vaccinations.

A spokesperson from the Paul Ehrlich Institute, which manages vaccines for the government, said the incident had been registered, but added that experts needed to investigate the matter further to determine exactly what caused the man’s negative reaction to the vaccination.

On Monday the national disease control and prevention agency, the Robert Koch Institute, reported that the number of new swine flu infections had doubled in just two days – confirming predictions that a wave would spread this autumn.