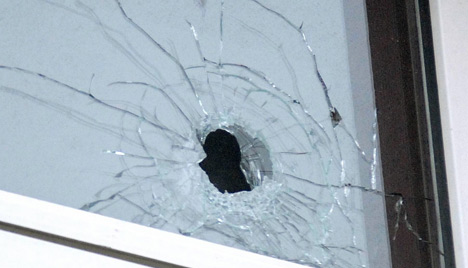 “The incidences in Duisburg, Solingen and Essen specifically involve conflicts between organised crime groups that have the highest potential for violence,” acting leader of the BDK criminal investigative alliance, Wilfried Albishausen, told the daily Rheinische Posten.

“In such cases the state needs to show its colours, particularly if one affects one or another follower with the ban.”

Albishausen advocated a change to laws in the state of North Rhine-Westphalia, where much of the violence between the two gangs has taken place. A state parliamentary committee is set to address the issue this month.

“It must be possible for the police to conduct surveillance of telephone and data exchange when the worst crimes threaten to occur with a court ruling and not only when a crime has already occurred,” he told the paper.

Inside law enforcement sources told the paper that police plan to create a statewide special criminal commission based in Münster to handle increasing criminal activity between the two gangs.

Over the weekend up to 100 police officers were called to a pub in Duisburg to break up a fight between the rival biker gangs, meanwhile a grenade attack followed several hours later.

Around 50 Hells Angels armed with sticks stormed a red-light district bar called The Fat Mexican, which is frequented by rival biker gang the Bandidos, police reported.

The bar was smashed to pieces during the ensuing brawl and several people were injured before police managed to herd everyone outside and separate the two gangs.

News agency AP reported that several hours later someone lobbed a hand grenade through the window of the Hells Angels’ clubhouse in Solingen, where about 20 people were inside.

The grenade did not go off, and police later detonated the device in a controlled explosion.

Later shots were fired at a Hells Angels clubhouse in Solingen, but no one was injured, police said.

Fears of an outbreak of violence between the two biker gangs were sparked in October when a 32-year-old man was shot dead outside the Fat Mexican – which is on the ground floor of the Bandidos’ club building. The dead man was a Bandido, while the suspected killer is a man with connections to the Hells Angels.