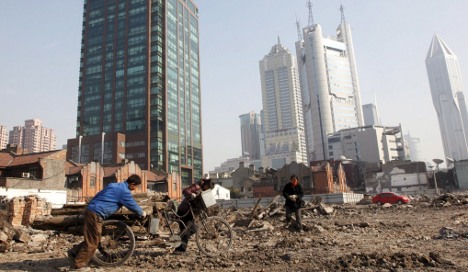 The controversial first move by Niebel, who was appointed despite having been a vocal critic of foreign development aid in the past, has angered opposition politicians.

Niebel indicated India was also in the government’s sights for aid cuts. He said Germany, which spends more on development aid than any country apart from the United States, could find better uses for the money.

“Battling poverty is more important than ever for Germany. That means we should place our resources where they can help the most,” he told the paper. “Economic giants like China and India no longer fulfil these criteria.”

He did not specify how else the money might be spent.

Niebel’s party, the pro-business Free Democrats, went into coalition negotiations with Angela Merkel’s conservative Christian Democrats with the express wish of merging the development ministry into the foreign ministry – dramatically diminishing its importance.

The Greens’ spokeswoman for development, Ute Koczy, and Greens parliamentarian Viola von Cramon branded the plan an ”arrogant first act in office” that would have ”disastrous consequences.”

Co-operation with developing countries was essential to solving global problems such as climate change, the financial crisis and food shortages, they said.

Aid to China had long ceased to be about “help” or poverty alleviation, but was rather about targeted projects and programs, and fostering dialogue and co-operation, they said. They added that China also wanted to continue the co-operation.