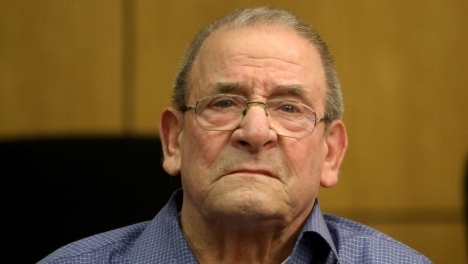 Boere allegedly shot and killed three resistance fighters in the Nazi occupied Netherlands in 1944. A Dutch court sentenced him to death in absentia for the crime some 60 years ago, but the ruling was later changed to a lifelong prison sentence.

Boere never served the sentence, fleeing to Germany in 1947. Authorities between the Netherlands and Germany have been bickering about his fate ever since.

In April 2008, Boere admitted to German news magazine Focus that he was guilty of the shootings. In a later interview with Der Spiegel he said he had been following orders which he thought to be correct at the time.

Thirteen hearings have been scheduled for the trial, but they will be interrupted by frequent breaks to accommodate the deteriorating health of the defendant, who lives in an assisted care facility. A doctor will also be present at all times.

A verdict is expected on December 18.

The case is being closely followed along with that of 89-year-old John Demjanjuk, a Ukrainian-born former guard at the Sobibor death camp in Nazi-occupied Poland whose trial begins in late November. He is accused of aiding in the gas chamber deaths of some 27,900 Jews in 1943.