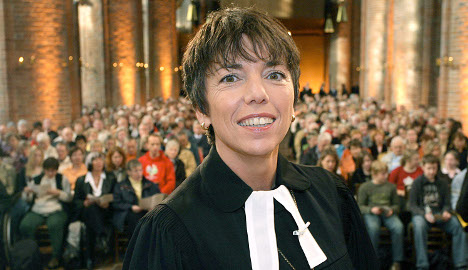 The 51-year-old succeeds Bishop Wolfgang Huber, who is retiring.

“With trust in God’s help I accept the vote,” she said.

Following the vote in Ulm, Käßmann, who has been at the helm of Germany’s largest regional church for more than 10 years, will lead all of Germany’s 25 million Protestants for the next six years.

Käßmann has proposed a radical course of reform for the Evangelische Kirche Deutschland (EKD), which suffers from shrinking congregations and revenues. In addition to streamlining the clergy, she plans to increase the church’s profile and improve strained relations with the Catholic Church.

The new leader will also have to reposition itself with Chancellor Merkel’s new centre-right government. The EKD has a tradition of lobbying for social and economic equality.

Käßmann is known as an outspoken, tolerant and humorous leader, having once said: “Crabby Christians are a contradiction in themselves.”