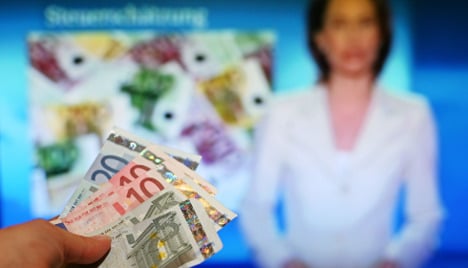 The premiers of Germany’s 16 federal states are planning a meeting to discuss reforming the fees scheme that includes a per-household sum instead of the current system, which charges per radio and television, the paper said.

GEZ stands for the mouthful Gebühreneinzugszentrale der öffentlich-rechtlichen Rundfunkanstalten in der Bundesrepublik Deutschland, or “Fee-collection Centre of Public Broadcasting Institutions in the Federal Republic of Germany.”

The organisation requires a licence to own and use televisions, radio and since the past few years even the internet. The fee money funds public broadcasters such as ARD and ZDF, and is often collected by plainclothes officials who go door-to-door busting fee shirkers.

Several states have already expressed an interest in making the change ahead of Thursday’s meeting, a decision private broadcasters have long favoured, the paper reported.

Jürgen Doetz, president of the VPRT, an alliance of private radio stations, told the paper he hoped a revised policy would limit the amount of funds that go to public broadcasters, adding that the amount threatens to grow continuously as the GEZ applies fees to new gadgets like laptops and iPhones.

“The per-household fee is the only possibility for the future,” he told the paper.

Public broadcasters earned €7.26 billion in GEZ fees in 2008, and while public acceptance of the system is low, they are hesitant to advocate a change.

“We still don’t have enough figures to be for or against the household fee,” an ARD spokesperson told the paper.