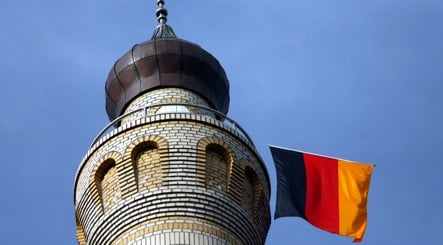 Yavoz Güzel of the local German-Turkish cultural association told reporters that the attackers had filled around a dozen balloons with animal blood and thrown them against the facade of the mosque. Around 30 animal eyes had also been dumped in front of the main entrance.

The police do not have any leads at present, but are, according to a statement “investigating every avenue.” As a precaution, patrols are being directed past the mosque more frequently. The police also said that their laboratory had not yet confirmed that the red substance on the walls of the building was animal blood, but all evidence suggested it was.

The mosque is part of a newly-built Turkish-German club building, and is not yet in use, though it is directly adjacent to the current mosque. The outraged Güzel described the sight of the facade as “disgusting,” adding, “Whoever did this had to be a sick human being.”

Spokesman for the German Islamic Council Engin Karahan linked the attack to “all these debates” of the past weeks, including the row that erupted after the controversial statements made by Berlin’s former finance minister Thilo Sarrazin on Turkish and Arab immigrants.

In light of the repeated criticism of Muslims and Turks, Karahan said, “it doesn’t surprise us that crazy people feel compelled to carry out such acts.” He added that the deed came out of “a certain atmosphere” currently present in society, and the victimisation had reached a “barely tolerable” level.