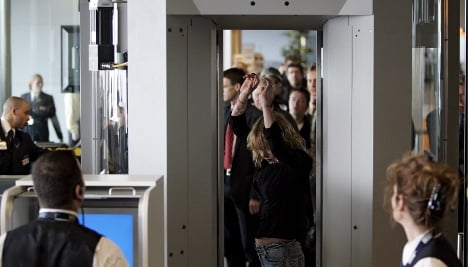 Knut Urban, head of a team of physicists from the Jülich research centre in the state of North Rhine-Westphalia, said that their prototype device could identify explosive ingredients “in a fraction of a second.”

Since 2006, passengers have only been allowed to take small amounts of liquids on board, or those bought “air side” in airports after security checks, following the discovery of a plot to blow up transatlantic airliners.

Three British Muslims were jailed for life last month for the foiled transatlantic bomb plot that spawned the liquid ban. They planned to detonate liquid explosives on at least 10 airplanes in near-simultaneous Al-Qaida-inspired suicide attacks.

The new technology, outlined in Superconductor Science and Technology magazine, involves analysing liquids using a broad spectrum of electromagnetic waves that provide a detailed molecular “finger print” of the fluid.