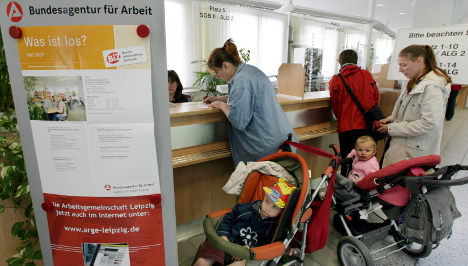 The Constitutional Court in Karlsruhe will review the current fixed-rate monthly payment of €215 to €251 per child under age 14. The state court of Hesse and the country’s Federal Social Court have already ruled the benefits are unconstitutional because they don’t account for individual family needs.

“There has been no attempt to examine the real needs of children,” president of the German child protection alliance (DKSB) Heinz Hilder told daily Hannoversche Neue Presse. “The lawmaker made it too simple. The Constitutional Court should fix this.”

Hilger added that parents should get a sum of between €300 and €350 for each child to make ends meet.

Ulrich Schneider from the Paritätische Wohlfahrtsverband, an umbrella organisation for social welfare groups, said that the children of parents on Hartz IV are “rather excluded.”

“That means they can no longer take part in totally normal social activities – the piano lesson is omitted, the sporting club is omitted,” he told broadcaster ZDF.

The Federal Labour Ministry, which distributes the benefits, defended the allowance on Tuesday as “sufficient,” saying the programme was meant to encourage the unemployed to find new work and positioned them similarly to “people in lower income brackets, like about one-quarter of the population in Germany.”

Hartz IV, meant to serve as “basic security for those seeking work,” allots €359 for adults per month – not including rent, which is also provided. If the adult lives with a partner, he or she receives 90 percent of that sum, or €323.

A verdict is not expected for several months in the case.