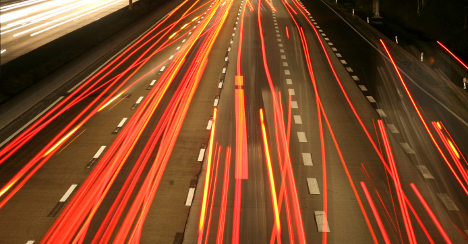 A patrol car stopped the 22-year-old driver around 11 pm on Monday on the A43 near Recklinghausen. The police intended to give him a citation for a licence plate lit by an illegal coloured bulb – but instead discovered four adults from Cologne accompanied by six children in the packed vehicle.

“As the officers looked inside during the stop, they couldn’t believe their eyes,” the police said in a statement, adding that the children were “divided in a motley fashion throughout the car” in the boot, on the floor, and on top of each other.

“Naturally there was absolutely no room for the necessary child safety restraints,” the police said.

The group was not allowed to continue their trip and the driver was ticketed for the violation.