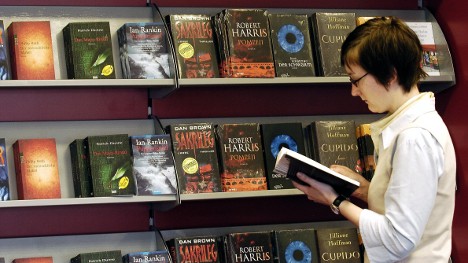 The Droste Verlag was supposed to begin selling the book, entitled Wem Ehre gebührt, or “To Whom Honour is Due,” in September. But shortly before it went to print, the publisher removed it from its list because author Gabriele Brinkmann (pseudonym W.W. Domsky), refused to censor certain passages, the magazine said.

Owner Felix Droste apparently had the book examined for content that could potentially endanger the security of his family and employees, and asked Brinkmann to change end passages.

Brinkmann told daily Bild am Sonntag on Sunday that she was outraged by the decision.

“It’s a scandal for a publisher to tuck its tail between its legs,” she said.

But Droste said publisher have to be careful about what they market.

“One knows after the latest Mohammed cartoons that one can’t publish sentences or drawings that defame Islam without assuming a security risk,” he told Der Spiegel.