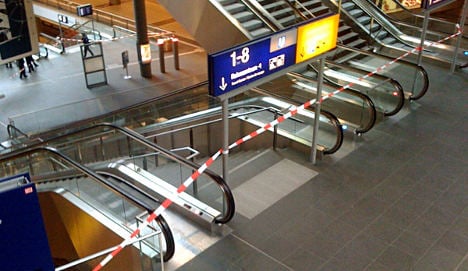 The bag was found near the entrance of a supermarket in the station at around 8 am, but attempts to locate its owner were in vain. That forced the police to close two underground train platforms underneath the store.

Some 60 police officers were called to the scene to determine if the aluminium suitcase contained explosives. Only after blowing it open with a special pressurised water pistol could they determine it was harmless.

Officials at Deutsche Bahn said trains to Hamburg and Munich had been re-routed to other platforms, but there were no serious delays due to the incident.