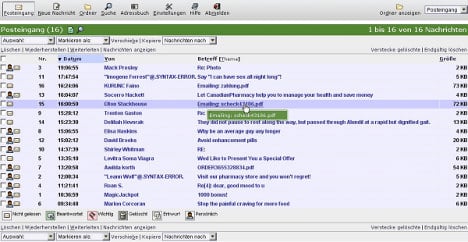 The case centred on a doctor who sued a company for sending advertisements via email after the two parties had a brief correspondence. The doctor had directly responded to a previous advert from the company requesting they remove his name from their email list. He then received yet more emails from the company.

But because his medical duties required him to look at every email he received, he claimed the spam advertisements were a nuisance.

The court in the Bavarian capital agreed, ruling on Monday that prior email contact without permission to send ads is not grounds to assume spam is welcome.

The company is now legally forbidden from sending the doctor emails.