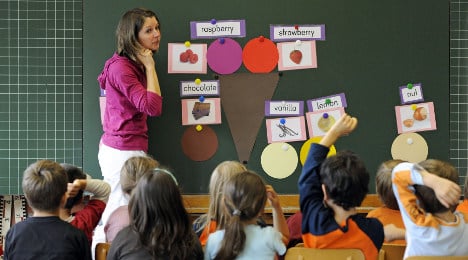 According to the study released this week, which is based on an extensive online questionnaire, the great majority of teachers make assumptions about the academic performance and behaviour of children based merely on their first names.

Around 2,000 elementary school (Grundschule) teachers throughout Germany were anonymously questioned – with disheartening results.

The study reveals that the names traditional names such as Charlotte, Sophie, Marie, Hannah, Alexander, Maximilian, Simon, Lukas and Jakob are consistently linked to strong performance and good behaviour. Non-traditional names such as Chantal, Mandy, Angelina, Kevin, Justin and Maurice, on the other hand, are associated with weak performance and bad behaviour.

According to Kaiser, it is no coincidence that almost all of the ‘positive’ names mentioned above are also in the ‘top ten’ list of names given to newborn boys and girls in Germany, as published in The Statistical Yearbook 2008 for the Federal Republic of Germany.

“The names with positive connotations are all traditional German ones,” she said. “What this shows is that children from a working class or immigrant background are clearly being discriminated against.”

In some cases, the strength of the prejudices connected with names was surprising.

The name Kevin was perceived as being linked to especially poor behaviour and performance, with one study participant even writing that, “Kevin is not a name – it’s a diagnosis!”

Kaiser told The Local that the inspiration behind her study came in part from similar research carried out in the United States.

One study in particular showed that in a group of children deemed to be equal intelligence level taught by the same teachers for two years, the performance of children with African-American names worsened considerably.

The effect of such prejudices is particularly significant coming from elementary school teachers because it is widely acknowledged that younger children are more responsive to encouragement.

Such prejudices could have a drastic impact upon children’s future success, particularly in a school system where children are separated into different schools according to intellectual potential at the age of just 10.

Statistics show that once a child has been placed in the less academic Realschule or Hauptschule, it is very rare for them to transfer to the university preparatory Gymnasium.

Professor Kaiser called for the necessity to “educate teachers in the dangers of such prejudices.”

Of the teachers questioned, the overwhelming majority associated personal traits with first names without a second thought. Only a very small percentage of those who answered the survey said that they tried to maintain a critical distance between such prejudices and their pupils’ names.