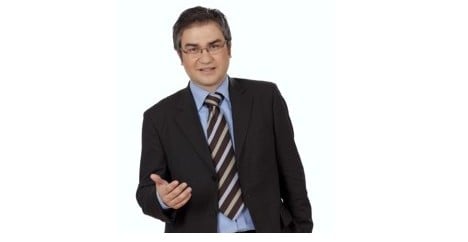 Born in Fatsa, Turkey in 1972, Serkan Tören came to Germany with his parents 10 months later. While studying law in Hamburg he decided to join the Free Democratic Party (FPD) in 1993 – the same year he became a German citizen – because of its focus on civil liberties and personal freedom. Alongside his legal practice, he is active in the municipal politics of the city of Stade in Lower Saxony, where he’s hoping to win a seat in parliament.

What made you decide to enter German politics?

I’ve always been interested in politics, but I took time getting my political bearings before picking my party. I decided I didn’t want to leave the choices to other people and wanted to help shape things.

Why did you choose the Free Democrats?

One key factor was my professor at the time Ingo von Münch, he was deputy mayor in Hamburg for the FDP. I attended his lectures about the role of the state and fundamental rights, which are classic liberal issues. The notion of freedom and not always relying on the sate for everything, as well as taking personal responsibility, appealed to me and convinced me to join the FDP. Especially its approach to the concept of equal opportunity – the (centre-left) Social Democrats are focused on the equality of the end result, but we all have different characters and qualities. Therefore, what’s important is that we all have the same opportunities rather than forcing the same outcomes, which I don’t accept. I want to be treated like everyone else, but the opportunity – for example regarding education – has to be there. That’s a big difference.

You had to surrender your Turkish passport to become a German citizen. Do you support dual citizenship in Germany?

Personally I believe people should choose one nationality. But we essentially have dual citizenship for EU nationals. There it works fine. But someone from Turkey or another country isn’t allowed to have dual citizenship. Politically this is fatal, as it sends the wrong signal. There are loads of dual citizens working the Foreign Office, but that doesn’t seem to be a problem either. They can probably even build bridges more easily. Or the children of parents with different nationalities have dual citizenship. That too is not a problem, which is why I think legislators should probably do something about it. But out of my own personal experience I’d still encourage people to make the conscious decision for German citizenship. These are the laws we have right now. Become a citizen and influence the issue via democratic means.

I have roots here, and knew that I’d live here forever. I grew up here and German is essentially my native language. All that came together in my decision to become a German citizen.

Do you feel your background gives you different perspective when approaching political issues?

That’s a tough question. It depends on the topic. If it’s something like integration, of course I have a different perspective. I can see both sides. I can see it from the minority standpoint as well as the majority view. But when it’s anything else, there’s really no difference if it’s about economic issues or taxes.

How can Germany improve the integration of immigrants?

It can only work via education – in particular early education for children. If we only try to help kids when they’re 12 or 13 it’s usually too late. We also have put special emphasis on immigrant children learning the German language. That’s important if they aren’t learning it at home. Then they need to at school or even earlier at kindergarten or day care. That’s where the funding needs to go. We just blew €5 billion for the “cash for clunkers” wrecking premium to help the economy, but if we’d taken that €5 billion into education we could’ve solved a lot of problems over the next 10 to 15 years. We can only achieve integration via education. Everything else comes too late.

What do you consider the most important issues of this year’s election?

The most important issue is what’s happening to the middle class, which has been constantly eroded in Germany over the years. We’ve have economic growth for years but the middle class didn’t profit from it at all. And now as the economy shrinks they’re the ones suffering the most. It’s all about the people that get up at 7 am each day to go to work, come home to take care of their kids and then at the end of the month see on their pay stub that the state is grabbing it all. That’s a real problem. We have to do something about that. And we have to help out families more. That’s why the FDP is pushing for tax reform. That’s how you support families and help the middle class.

How can Germany combat its growing politically apathy?

There are lots of causes for politically apathy, but politicians need to have more credibility. A lot of people simply don’t believe what the politicians are saying anymore. The best example is the raising of the value-added tax after the last election. That really annoys people. Politicians also need to use clearer language to say what they mean. We have to be more honest with people.