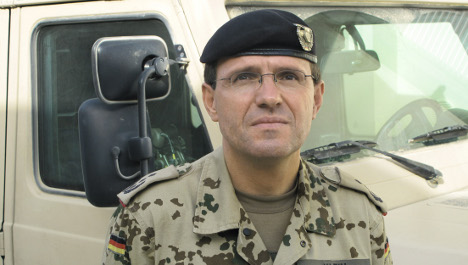 It is “completely clear” that Klein did not respect decision-making procedures, a high-ranking German NATO officer told the daily.

Such a decision should have been referred to the headquarters of the NATO-led International Security Assistance Force (ISAF), he said.

Klein called in US warplanes last Friday to bomb two coalition fuel trucks that had been captured by Taliban militants, fearing they would be used as truck bombs against NATO forces.

The preliminary report concluded however that ISAF troops were not in imminent danger as the trucks were stuck in the sand and were being closely monitored.

ISAF has acknowledged that civilians who had gathered around the tanker trucks seeking fuel were killed and injured in the attack, but have not provided any figures.

Local Afghan officials have said at least 54 people were engulfed in the inferno.

A spokesman for the German Defence Ministry declined to comment to the Munich-based paper, saying it preferred to wait until the official report had been completed.

The German government has so far reacted cautiously to the attack, which sparked intense anger in Afghanistan and beyond.

German Chancellor Angela Merkel on Tuesday expressed her “deep regret” for any civilians killed, but said she “will not accept any premature judgements” on the raid.

The bombing has revived debate within Germany on the deployment of its troops to Afghanistan, less than three weeks before general elections.