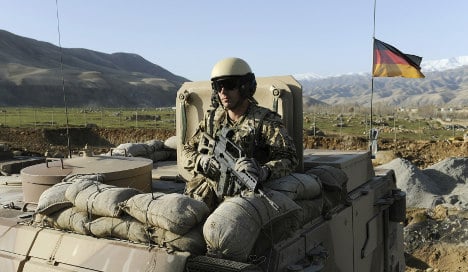 Last week, Col. Georg Klein from the Bundeswehr called in air support to destroy two fuel-filled tanker trucks hijacked by the Taliban near the northern Afghan city of Kunduz. While Germany at first contended that only Islamist insurgents had been killed in the air strike, both Afghan and western officials quickly condemned it for also causing scores of civilian casualties.

It’s an unusual and uncomfortable position for Berlin to be in. Germany has long purported to be doing a better job of helping Afghanistan by focusing on policing and reconstruction efforts rather than brutally eradicating the Taliban and al Qaida – as the US military is wont to do. Such arguments, of course, conveniently overlook the fact that Germany has consistently refused to join America and its other allies in the fiercer fighting taking place in the southern part of the country.

However, as the security situation has deteriorated in the north – where the Bundeswehr has thousands of soldiers stationed – the German forces have faced increasing violence. And with only weeks to go before Germany’s general election on September 27, German troops are undoubtedly alert to the possibility of attacks by Islamists hoping to rile the democratic process. This is probably why German Defence Minister Franz Josef Jung has so far backed up Col. Klein’s decision not to let the fuel trucks fall into the Taliban’s hands.

Normally, Germany’s NATO partners would have likely welcomed Berlin shedding its seeming reluctance to use lethal force in Afghanistan. Indeed, German reticence has not only annoyed the allegedly gung-ho Americans – even the staid Canadians and Dutch have criticised the Germans for supposedly not taking their share of the combat casualties.

Payback for the Germans?

Some German commentators have begun mooting that the heavy criticism of the air strike is retaliation for Germany’s supposed readiness to point out the military mistakes of its allies in Afghanistan while keeping its own troops safe in their northern bases. They are also questioning the unusual indiscretions during the investigation of the incident. For example, why was a journalist allowed to tag along with US Gen. Stanley McChrystal while he questioned Col. Klein at the site? And why have there been so many leaks while ISAF conducts its investigation of the incident?

Is it merely payback time for the Germans? Are they being punished for first being combat shy and then for being too trigger-happy?

For the sake of the transatlantic alliance – not to mention the people of Afghanistan – we have to hope that NATO members are above petty games involving such extremely high stakes.

Certainly, Col. Klein will have to justify his decision to call in air support rather than attempt to retake the two trucks, which were stranded in a river bed, with his ground forces.

It’s even conceivable the Taliban stole the tankers and actively gathered civilians around them with the idea of luring ISAF forces into bombarding innocent victims. What better way to turn public sentiment – in both the west and Afghanistan – against the war? If that’s the case, they’re on the verge of getting the PR fiasco they wanted.

Unfortunately, the controversy surrounding the air strike is unlikely to make most Germans think about why their troops were sent to Afghanistan in the first place. The deployment remains deeply unpopular here and some politicians – notably from the anti-NATO socialist party The Left – are already hoping to rally opposition to the mission on the back of what looks to be the tragic loss of civilian life.

Certainly NATO forces must do all they can to limit casualties in Afghanistan. But the real failure highlighted by the air strike is that of German politicians to convey the importance of the NATO mission to the German public. For years, they have presented the Bundeswehr deployment as more of a peacekeeping and reconstruction mission rather than one with a very large combat component. Until now, Afghanistan has played no role at all in the election campaign.

This is partly because most Germans might have come to accept their country must take part in military missions abroad for the good of the international community, but many still struggle with the idea their soldiers might actually have to kill someone. German politicians including Chancellor Angela Merkel have shied away from calling Afghanistan a “war” for exactly this reason.

While German reluctance to use lethal force is commendable, the idea that Germany retreat from its international commitments to let its allies take the bullets is absolutely unacceptable.

But if it turns out scores of civilians were killed in the air strike, it will not encourage most Germans to redouble their military efforts in Afghanistan. Instead, calls to end the Bundeswehr’s deployment along the Hindu Kush are sure to increase.

This would be troubling not only for the NATO mission in Afghanistan, but also the implications for Berlin’s place in the transatlantic alliance. Afghanistan is not Iraq. That doesn’t mean NATO forces should remain there indefinitely, but allowing the country to descend back into the kind of chaos conducive to breeding Islamist terrorism is simply not an option.