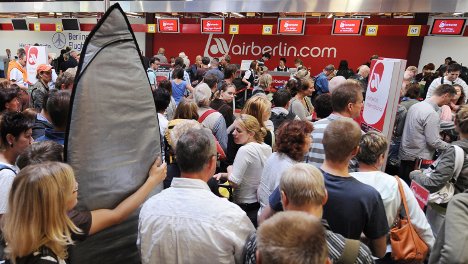 The temporary strike comes just one week after LTU pilots went on strike for 16 hours and then later failed to reach an agreement with the airline in an ongoing wage dispute.

Discontent has been growing among employees since Air Berlin bought Düsseldorf-based LTU in 2007 and slowly began integrating the airline into its services with plans to do away with the brand altogether.

On Monday morning some 33 flights were already affected by the strike, Verdi said. The union is attempting to negotiate a six percent in salary increase and regulate working hours.

The airline flies between most major German cities and also favourite Teutonic vacation destination such as Mallorca.

Negotiations between LTU pilots and employers have been running since January 2009, but collapsed in February. In March, pilot union Cockpit members voted by a 98.7-percent majority to state strikes in their efforts to gain salary increases.