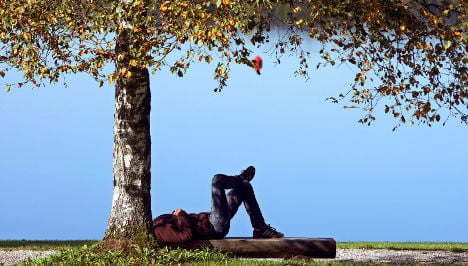 After a wet and changeable Saturday, warm autumn weather, known as Altweibersommer in German, will begin for most of the country on Sunday.

The sunshine will begin in the southwest before moving north over the course of the day. High temperatures will range between 16 and 20 degrees Celsius.

The work week will begin with a high pressure system bringing warm and dry air, though northern Germany may still have a few showers, the DWD reported from its headquarters in Offenbach. Meanwhile temperatures will reach as high as 24 degrees Celsius in the southwest, and between 20 and 23 degrees across the rest of the nation.

According to DWD experts, the Indian summer is likely to stay for a week or two.