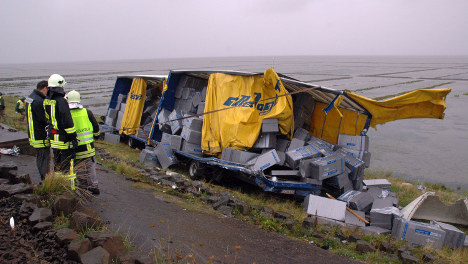 The truck driver, who was thrown into the water in the accident, died at the scene on Thursday along the Hindenburgdamm, a historic railway corridor between Sylt and the mainland that transports more than 450,000 vehicles each year.

A train conductor who provided first aid to the man suffered hypothermia from the cold water, but his efforts were in vain, police said.

A passenger in the truck laden with insulation materials was also severely injured in the accident, which investigators believe may have been cause by high winds.

“Such a thing has never happened before,” a Flensburg police spokesperson said. “We’re investigating in all directions.”

The truck was travelling the 11-kilometre stretch between mainland city of Niebüll in the state of Schleswig-Holstein and Westerland on Sylt on a special train wagon for large vehicles.

Police closed the railway for three hours, but still hadn’t removed the fallen vehicle on Friday morning due to stormy weather conditions, they said. Traffic was not hindered because the accident did not damage or block the train tracks. 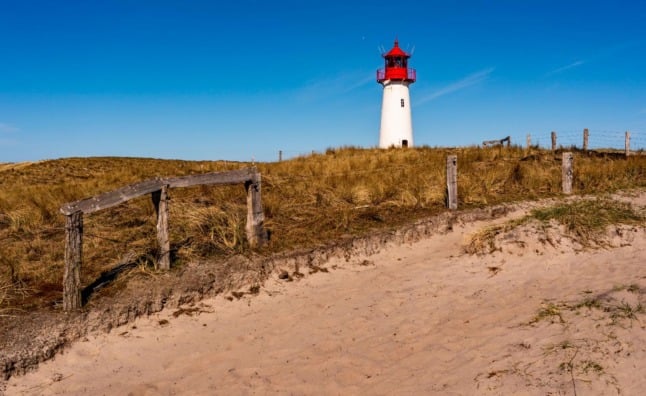