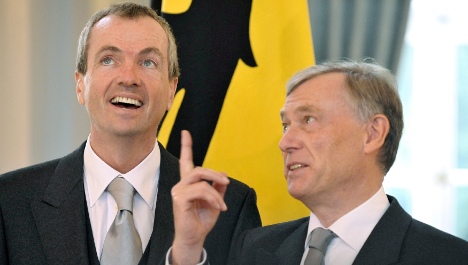 It’s been nine months since Washington’s former top diplomat, Ambassador William Timken, left the German capital. But US President Barack Obama’s new choice was only confirmed by the US Senate on August 7.

In contrast to Timken, the 52-year-old Harvard graduate and multi-millionaire from New Jersey speaks German after working in Frankfurt for investment bank Goldman Sachs from 1993-1997.

After leaving Goldman Sachs, Murphy worked as the National Finance Chair of the Democratic National Committee from 2006 to 2009. He reportedly helped the Obama campaign earn a record of $640 million in donations – $600,000 of which came from Murphy himself.

He arrived last month with his wife Tammy, their four children and dog Sasha.