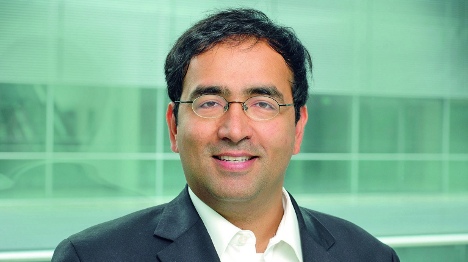 Parliamentarian Omid Nouripour emigrated with his family from Iran to Frankfurt when he was 13-years-old. He holds two passports after being granted German citizenship in 2002 – but only because Iran does not recognise his German nationality. As a member of the environmentalist Green party since 1997, he has worked on youth and migration issues, and also served on the party’s national committee. When former Foreign Minister Joschka Fischer retired, Nouripour took over his parliamentary seat in September 2006. The 34-year-old now serves on both the parliamentary budgetary and defence committees, but has also been actively engaged in the current debate over Iranian politics. As one of the top two candidates for the Hessian Green party, Nouripour is likely to be returned to parliament after September’s elections.

Why did you choose to get involved in German politics?

I was born in Iran and grew up there during times of war and revolution. Then it was self-evident that one would be politically engaged. It was a question of survival in war time and that’s how I was politically socialised. When I came to Germany and finished school, it was clear to me that I wanted to engage, join a party and see what I could change. It was a continuation of what began for me in Iran.

Why did you choose the Greens?

I looked at a few parties. Every person who begins politics has a few things they want to change, and for me it was the so-called integration problem in Germany. I went to the SPD and the Greens to discuss their ideas. I had interesting talks with the SPD, but what made an impression on me about the Greens was that they asked me a number of questions, but never, ‘Where do you come from?’

How do you answer when you hear that question?

I answer that I come from Frankfurt. Conventional thinkers here believe this question plays a big role. But I was recently in the US for meetings and became very aware of just how common that question is to Germany. Everyone there was interested in hearing what I can do, and not where I’m from. It’s a shame that Germans continue to define people in this way.

How can you work to change this?

I sit on the parliamentary budget and defence committees, and am not officially engaged in the typical integration discussion. I purposefully did this because it was important to me that people understand I am there as a person representing Germany and don’t need to resolve any questions of loyalty. That’s one way I think I can help improve the situation – by bringing this attitude to the public.

You yourself have a German and an Iranian passport. Do you support dual-citizenship in Germany?

No! Not just two, as many as people want! This is an individual question for people and needs to be handled that way.

How does your background influence your political perspective?

There are people who die for freedom of thought. I have relatives who were executed in Iran. When someone has this background, they know you have to fight for democracy and freedom. I get the feeling from some of my colleagues take that for granted. Freedom is never a given.

Why do so few of Germany’s parliamentarians have an immigrant background?

You can’t actually say that if you look at the trajectory. In 1990 there were none, in 1994 just one, and in 2005 there were 11. That’s a pretty good curve looking ahead. You have to look at the development.

I’m 100 percent German and 100 percent Iranian. It’s too limiting to think of this in terms of a measuring cup where some of your identity can spill from one cup to another.

What are the most important issues of this year’s election for the Green party?

The financial crisis and the climate crisis.

And for you personally?

For me it’s international politics and human rights – Iran, for example. Another topic is the post-financial crisis spending of the German government. It’s a catastrophe we’ll have to deal with for decades.