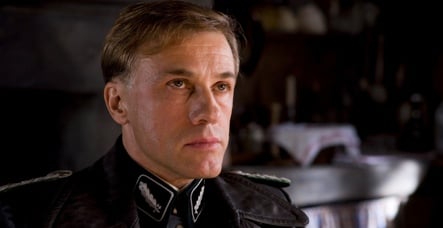 In fact, there was a real-life squadron of Jewish soldiers who hunted down SS officers in Austria immediately after the war in an operation called “Nakam” (vengeance in Hebrew), according to one of the troop’s last survivors, 88-year-old Chaim Miller.

“We operated in the south of Austria in the days just after the war ended,” the Vienna-born Israeli told news agancy AFP via telephone from a Kibbutz near Jerusalem. “We were soldiers in the Jewish Brigade group of the British army stationed in Tarvisio, Italy, close to the Austrian border. Yugoslav partisans had given us lists of names of Nazi criminals and so we went in groups of three to secretly search them out,” Miller recalled.

“At first they thought they were simply dealing with the British military police. They got a shock when we later showed them our Stars of David. But by then, it was already too late for them,” he said.

“We took them to some woods on the Italian side, gave them a ‘hearing’ for half an hour and then explained to them they’d pay. They remained in the woods forever,” Miller said. “I participated in a number of actions of this type and several other groups worked in the same way.”

Historians are divided about the exact number of executions carried out in the operation, which was coordinated by the future chief of staff of the Israeli army, Chaim Laskov, with estimates ranging from 100 to 300.

Born Alfred Müller in 1921 in a working-class neighbourhood of Vienna, Chaim Miller emigrated to Palestine in February 1939 after the Nazi annexation of Austria. His parents stayed in Vienna and were murdered in the Holocaust.

In Palestine, Müller joined the secret Jewish defence army Haganah and the “German Platoon” which consisted of 40 German-speaking Jews with Aryan looks who would infiltrate and operate behind German lines should the Germans ever threaten to take Palestine.

“In preparation, we underwent the perfect German soldier’s desert training, with weapons, uniforms and even learned to sing the Wehrmacht songs,” Miller recalled.

Erwin Rommel’s defeat in August 1942 rendered the project obsolete. But most of the soldiers of the “German Platoon”, which was eventually integrated into the Jewish Brigade of the 8th British army, took part in Operation Nakam in 1945.

“We were driven by a desire for revenge. We knew that the overwhelming majority of SS criminals would never be brought to justice,” Miller said.

Winfried Garscha, historian at Vienna’s DOeW or Documentation Centre of Austrian Resistance, confirmed this: “At most, only around 10-15 percent of those guilty of Nazi crimes were sentenced at the end of the war, in Austria, Germany and in Italy,” he told AFP.

As soon as it got wind of the revenge attacks, the British General Staff relocated the Jewish Platoon to the Netherlands.

But in Germany, another Jewish group with no connection to the German Platoon was planning its own Operation Nakam: Lithuanian resistance fighter Abba Kovner wanted vengeance on the scale of the Holocaust, with six million Germans – including civilians – to die to avenge Jewish blood.

His plan to poison the drinking water in Hamburg and Nuremberg in December 1945 was discovered only at the very last minute.

And in April 1946, he attempted to poison the bread for 3,000 SS prisoners in an internment camp in Nuremberg. But the dose of arsenic was insufficient and the prisoners suffered only intestinal problems.