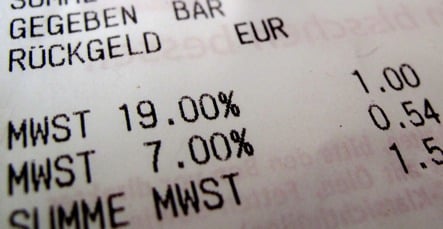 “We will not raise VAT in the next four years – neither in its total or its reduced rates,” Merkel told the Rheinische Post newspaper. She also ruled out introducing a road charge for cars.

Merkel’s promise comes in spite of Germany’s spiralling state debts, which many economists say will force tax hikes in the coming years whatever the political colours of the next government.

Despite this, Merkel intends to reform Germany’s tax system, completing a two-stage tax reduction process by 2013.

The calculated timing of the announcement is expected to influence Sunday’s crucial state elections in Saxony, Thuringia and Saarland, which will set the tone for the run-in to the national election on September 27.

Merkel also used the interview to criticise the pro-business Free Democrat Party, her possible coalition partners after the election. Merkel attacked the FDP’s plans to weaken employees’ protection against dismissal, to lower the top income tax rate to 35 percent, and to disband the Federal Employment Office. “We don’t want to do any of that,” Merkel said.