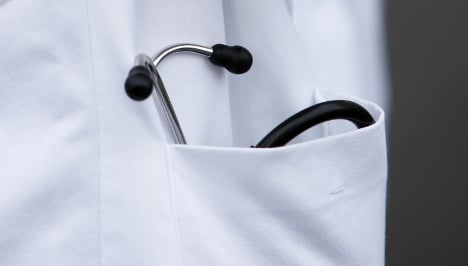 The new coalition after the September federal elections should address both financial concerns among potential doctors and reduce bureaucracy in clinics and doctor’s practices.

Between 2007 and 2017, more than 75,000 doctors will retire. This situation follows from a change in the medical industry over the last decade, which saw an excess of unemployed doctors turn into a lack of medical professionals. Two-thirds of German clinics are now looking for doctors, the paper said.

“Many of them will find no successor in the future, if conditions are not changed very soon,” Hoppe said of the potential shortfall, adding that it would coincide with an ageing population’s growing demand for medical services. Increasing life expectancy also means an increase in insurance claims and the intensity of treatments, Hoppe explained.

“Although enough students are starting medical courses, too few are leaving university ready to work in preventative or curative medicine,” Frank-Ulrich Montgomery, Vice President of the association told the newspaper. Every fifth medical student that successfully completes their course chooses not to continue with clinical training, according to Die Welt.

“Twenty percent of medical school graduates are rejecting the stress of the hospital – medicine has become an unattractive career option,” continued Montgomery.

Meanwhile medicine has increasingly become a career path for women, who often work less than men because of leave taken to care for their families. The percentage of women in the medical industry in Germany grew from 33.6 percent to 41.4 percent between 1991 and 2008, according to figures released by the Medical Association.

The newspaper reported that money alone would not be sufficient incentive to motivate more young people to take on medical training because the average salary for doctors in Germany is €195,000, placing them among the country’s top earners.