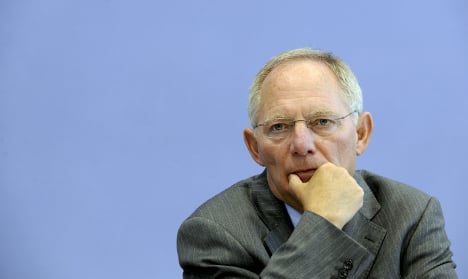 “We have no knowledge of any concrete plans for an attack,” Schäuble told the daily newspaper Hamburger Abendblatt.

The minister also rejected, however, suggestions made by the opposition Free Democratic Party (FDP) that the government’s repeated terror warnings lead to a de-sensitisation of the German people.

“Germany lies at a crossroads for international terrorism. Citizens have a right to be informed on this matter by security forces. If I know that terrorists are considering whether it would be possible to bomb Germans out of Afghanistan as quickly as possible, then I have to take their debate seriously,” Schäuble said.

The minister from the conservative Christian Democrats also urged changing the German constitution to allow the army greater powers in the struggle against international terrorism.

“At the moment the police are responsible, by law,” said Schäuble.

“But there can be places just as dangerous abroad as there are at home – places in which the operations of the army should be allowed to compliment the work of the police. For that, we have to give the army the right foundations by changing the constitution.”

But such a change faces resistance from the centre-left Social Democrats and the smaller opposition parties in parliament. Schäuble insisted, though, that he was in agreement about the matter with his fellow conservative Defence Minister Franz Josef Jung.