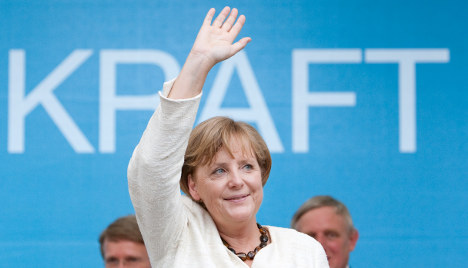 Just 23 percent expected a continuation of the current black-red coalition of the CDU and Social Democratic Party (SPD).

Nine percent think the SPD will form a coalition with the FDP and the Greens – called a traffic light coalition due to the parties’ signature colours.

Just 12 percent said SPD chancellor candidate and current Foreign Minister Frank-Walter Steinmeier is likely to win his fight against incumbent Angela Merkel and take the top job. The results are an increase of three percent on expectations for him a week ago, the survey showed.

In contrast, 81 percent expect Merkel to be returned to office for a second term, down two percent on expectations a week ago.

The survey also showed that 66 percent did not believe that the SPD could count on more than 30 percent of the popular vote in September. Even those SPD voters were not confident of their party’s chances, with 54 percent of them saying they did not expect to it to break the 30 percent mark.