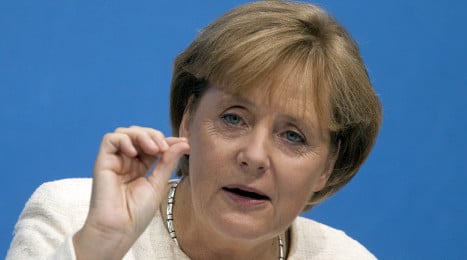 Merkel held onto the top spot in the sixth annual “World’s 100 Most Powerful Women” list compiled by the magazine. The ranking is based on influence and economic clout, ordering the women according to visibility from mentions in the press and the size of the country or organisation they control. As the head of Europe’s largest economy, Merkel excels in both of these areas.

“Merkel is the only woman at the head of a G8 economy, so she is a big power in Europe and has a big GDP at her disposal,” commented Mary Ellen Egan, Executive Managing Editor at Forbes Woman and one of the two editors for this year’s list.

“She makes the top because she is the highest ranking woman according to office, and also because of the amount of money she controls. She is very well-regarded as a leader,” added Egan.

The magazine recognised, though, that this had not been an easy year for the chancellor. “Critics gripe Merkel’s government has been slow to restructure and recapitalise the banking system,” remarked reporter Tatiana Serafin in Merkel’s profile in the magazine.

She further noted that Germany’s economy is expected to shrink by six percent this year, and that Merkel gained little support for her plans for recovery at the last G8 summit. But Merkel has been instrumental in cementing relations with Russia, and promoting the Nord Stream gas pipeline project to carry Russian gas to Europe under the Baltic Sea, the magazine said.

Beyond the top three, however, the list reflected great changes since last year’s report. There were a number of firsts for the list, including Iceland’s first female Prime Minister, Johanna Sigurdardottir, ranked at number 74.

“There is now an understanding that you need both men and woman in positions of power to really make things work properly,” Egan said.