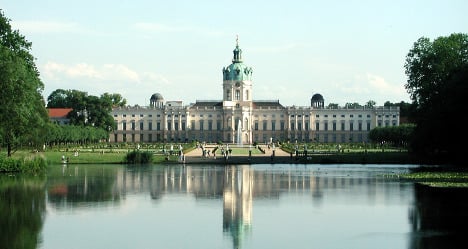 The federal money is going directly to the Prussian Palaces and Gardens Foundation Berlin-Brandenburg (SPSG), which plans on using the special investment programme to rejuvenate the 56 properties under its care. These include the centuries-old palaces of Charlottenburg, Babelsberg and Paretz.

“This money means not just the restoration of the palaces, but also the improvement of the experience the visitors who come to the grounds,” SPSG spokesman Dr. Ulrich Henze told The Local on Wednesday.

Prussian palaces and gardens are visited by two million guests from around the world every year. Many of them are UNESCO World Heritage sites.

Click here for a The Local’s gallery of Prussian palaces

While the funds will be doled out between now and 2017, the SPSG has renovation plans that should last the next 20 to 25 years. Over the years of construction, Henze says the foundation hopes to involve visitors in the reconstruction process by leaving as much of the buildings open to the public as possible.

“We hope that the renovations themselves will attract visitors. These are the biggest restorations happening right now in Germany and by leaving the buildings open to the public, we hope the guests can appreciate what restoration means,” he said.

“Of course we’re glad to have the money we’re getting, but realistically, it’s not enough, but this is a good foundation for what we have planned,” Henze said.

The federal government provided half of the funding, while the state of Brandenburg added €53 million and the city of Berlin contributed €24.5 million to the pot.

With the improvements, which include expanded visitor services centres, the SPSG is hoping more tourists will explore the palaces of Germany’s former Prussian territories.

The Kingdom of Prussia was a dominate force in the history of northern Germany, reaching its pinnacle under Frederick the Great in the mid-1700’s.