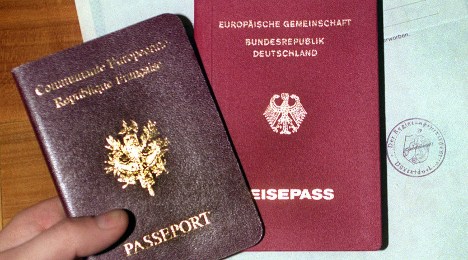 “In the future dual citizenship should no longer be a problem,” the Social Democratic minister said. “We should take our leave of our provincial, nationalistic way of thinking and recognise reality.”

Despite attempts by opposition parties to overturn the law, children born of foreign parents in Germany are still forced to choose between German citizenship and the citizenship of their parents when they turn 18.

But Zypries told the paper she knows many people with dual citizenship. “They have a relationship to both countries. They live here, but have roots in the home of their parents and don’t want to cut those ties,” she said. These people were likely born to an international couple where one parent is German, thus allowing them dual citizenship.

The minister said the “option model” that forces young adults to choose between their loyalties should be abolished. Young people should be able to “choose whether they want one citizenship or want to have both,” she said, adding that this would greatly reduce bureaucratic complexity.

The generation that will be forced to choose their citizenship will come of age soon, which means the law should be changed immediately, she said.

The current citizenship law is backed by the conservative Christian Democrats (CDU), but Zypries said it had failed integration policy.