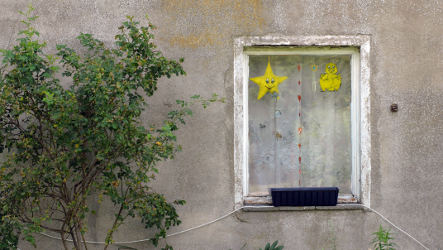 A window in the home where Jennifer was kept hidden. Photo: DPA

The girl, identified only as Jennifer, was taken from her parents’ home after a neighbour reported them on July 15. She reportedly displays signs of autism and still wears diapers.

“We’re organising a place for the girl at a therapy centre or another facility that is experienced in caring for the disabled,” spokesperson for the Uckermark county administration Jörg Bämer said.

Jennifer is currently at a children’s clinic in Eberswalde, north of Berlin, where doctors are monitoring her health. Youth services also took her two other siblings into custody, but they have since gone home.

The case came to light last Wednesday, the same day that authorities admitted to knowing she had not attended school for at least four years. The youth office in nearby Prenzlau is now under investigation after it was revealed that they had been informed of the matter in 2006 but did not respond.

“The goal is for something like this never to happen again,” a spokesperson in Prenzlau said.

The agency plans to release a report on the incident this week.