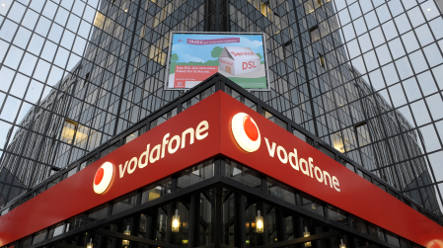 In the ad, a daredevil goes base-jumping while recording the adventure on his Vodafone mobile phone as Pink-Mohawk-sporting blogger Sascha Lobo, among other web celebrities, sings along to David Bowie’s song “Heroes.” The campaign ends with the slogan “This is your time.”

But less than two weeks after the campaign launched on July 11, one of the commercial’s featured bloggers, Ute Hamelmann, has taken to her personal cartoon blog to announce she is personally withdrawing from all things Web 2.0.

“The Vodafone campaign has caused more turbulence than I expected. To do an advertisement is one thing, but if others no longer believe in me personally, then there is no point in continuing,” Hamelman wrote Tuesday on her blog.

A spokesman for Vodafone said they were dismayed such a vitriolic backlash in the blogosphere had hectored her into stopping.

“We’re sorry to see her step back from her own blog and her cartoons, but we understand. It’s a personal choice to leave her blog and we’ll miss her cartoons,” Vodafone spokesman Kuzey Esener told The Local on Wednesday.

Part of the campaign is the Vodafone blog, where on Monday Hammelman posted about being a mom in the Twitter age. She praised her new HTC Magic phone for having a touch screen instead of “too many buttons,” making it perfect for a web-savvy mother such as herself.

The comments resulting from that blog post and a post on her personal “Schnutinger” blog is what led Hamelmann to her decision. Many of the comments highlighted the scepticism the “Generation Upload” campaign has sparked among the web-savvy, leading some to dub the company “Vodafail.”

“We’re getting two kinds of feedback from the campaign,” he said. “There are the malicious comments who criticise anonymously and immaturely, ignoring the discussion at hand. However, we’re also getting a lot of valuable constructive criticism from active and creative people, which is what ‘Generation Upload’ is.”

The Local tried to contact self-proclaimed web rebel Lobo, but only reached a voicemail box run by Vodafone competitor e-Plus.

However, in an interview with himself posted on his blog, Lobo wrote: “This campaign is a good prelude for Vodafone to manufacture the intended dialogue. Now, Vodafone and the agents of Scholz & Friends naturally have to keep building that up in the right direction so that they don’t miss out on how ‘Generation Upload’ responds to it.”

“The response hasn’t been all positive but even the negative is spurring on an important discussion in the blogosphere,” he said.

Hamelmann will still continue to be involved in the Vodafone campaign and said that her much-loved cartoons will still appear but by other means.

As for how Vodafone will keep going with the campaign, Esener said the blogsphere will just have to “be surprised.”