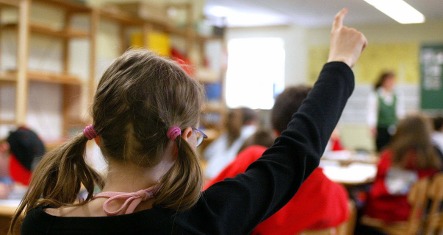 According to the DPhV, empty posts will increase by 60 percent next year.

The lack of educators is most apparent in the fields of mathematics, computer science, physics and chemistry, the DPhV told the paper.

The pedagogical paucity has occurred because a large number of teachers are entering retirement as fewer new teachers enter the work force, the DPhV said.

But teachers from Eastern Europe are the answer, the association said.

“They are well-educated but still need to be trained in teaching methods,” DPhV head Heinz-Peter Meidinger told the paper. “The states should therefore offer special courses for applicants from Eastern Europe.”

Some new teachers from Romania and Bulgaria are already teaching in German schools, he added.

Germany has suffered a teacher shortage for several years and the DPhV warned that the situation will likely intensify. According to their estimates 300,000 of the country’s 770,000 educators will soon retire.