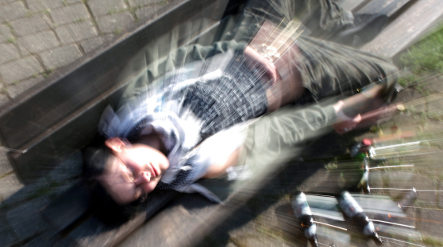 “We can include something like this in schools,” she said during a presentation in Berlin on preventing youth substance abuse. “Two hours during biology class in the ninth grade, that is simply too late.”

Head of the German Association of Towns and Municipalities (DStGB) Gerd Landsberg said his organisation supports the preventative courses.

“When their parents obviously can’t do it any longer, the state must take over parts,” Landsberg said, adding that teachers need better training to handle the challenge.

“The goal is to reach a drunken state as quickly as possible with the cheapest alcohol possible,” Bätzing said.

The habit put them on the path to “lifelong welfare,” Landsberg added.

And while the problem costs state health insurance companies huge sums of money, they spend just €0.18 per year on each customer for alcohol abuse prevention, he said.

Meanwhile the DStGB also supports a ban on alcohol sales at gas stations, kiosks and supermarkets between 10 pm and 5 am. In May, the state government of Baden-Württemberg approved the rule to ban the sale of beer, wine or spirits at gas stations and kiosks late at night, but details still need to be clarified before state parliament approves the law.