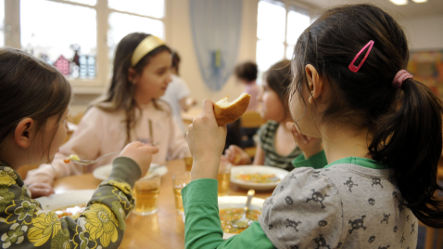 In a dual interview with broadcaster RTL’s “Super Nanny” Katharina Saalfrank, the minister said that students who come from families on Hartz IV, or welfare, will only have the same chace as other children when their talents are encouraged from the beginning by educators.

“That’s why I am so vehemenently in favour of developing child care,” von der Leyen told the paper. “Children from underprivileged backgrounds will profit because they can develop their talents with other children early.”

Super Nanny Saalfrank agreed. “In my eyes there are no dumb or clever children. Each has individual talents,” she said. “Unfortunately our school system is not responsive enough.”

The family minister also told the paper that spanking children, despite a continued belief that it is harmless, can be damaging.

“Physical punishment, or whatever you want to call it, has no place in upbringing,” she said.

Saalfrank added: “I’m constantly shocked when children tell me that hitting is normal in their family,” she said. “There is no difference between spanking and beating. Both are violence.”

Meanwhile the amount of television watched by children in poor households needs to be controlled, the minister added.

“For this there need to be strict rules. And parents need to offer their children alternatives. Here the possibilities for poor families are naturally limited,” she said.