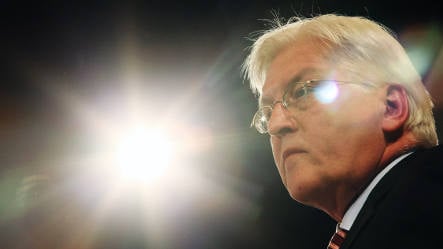 Steinmeier, who’s also the foreign minister in the current coalition between the Social Democratic Party and the Christian Democratic Union, announced his plans on Sunday.

His party’s fortunes are no better. Current polls show the SPD with a 21 to 25 percent share of the vote, whereas the CDU and their Bavarian partner party, the Christian Social Union, has drawn as much as 37 percent of the vote.

Steinmeier has already asked current deputy government spokesman Thomas Steg to take a temporary leave from his position and serve as his campaign’s communications chief. Chancellor Merkel has reportedly agreed so long as the SPD is able to supply a suitable replacement for Steg.

Though no other names have been dropped for a shadow cabinet, the Social Democrats are trying to recruit high-profile help from other quarters.

Katharina Saalfrank, the star of the reality TV show “Super-Nanny”, has agreed to campaign for the SPD starting this week.

The 37-year-old Saalfrank is famous for taming unruly children and bringing dysfunctional families back together. She will showcase the SPD’s education platform and represent the party at events at schools and kindergartens throughout the country.

Saalfrank is a “very clever conversation partner with plenty of empathy for the problems of children and parents,” said SPD general secretary Hubertus Heil to the daily Süddeutsche Zeitung.