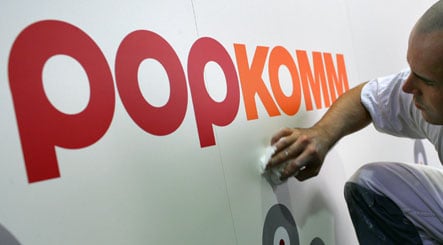 One of the most important annual events for Germany’s music industry, the fair had been scheduled for September. But Popkomm director Katja Gross said on Friday that a “striking” collapse in the number of expected industry visitors forced organisers to pull the plug on the 2009 edition.

Going from current registrations, Popkomm was likely to draw only half of the 14,000 professional visitors seen last year. The number of exhibitors was also expected to drop from 843 in 2008.

Dieter Gorny, head of the BVMI Music Industry Association, blamed the industry’s woes on rampant piracy on the internet and said he hoped torpedoing Popkomm this year would be a wake up call to Germany’s political elites.

Gorny said the plunge in participants was “terrifying” and raised the question if Popkomm was still relevant in its current form. He also pointed to the “massive” public support the Berlin Film Festival received. He said Popkomm wasn’t looking for subsidies, but instead wanted to spark a debate about its future.

Organisers emphasised that the trade fair would be back next year and that it would use the break to try and “rescue and strengthen” it to face the challenges of the digital age. They also said Popkomm, which moved from Cologne in 2004, would stay in Berlin.