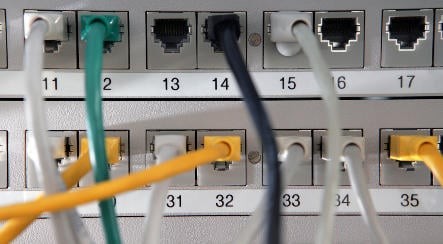 The bill, due to be voted on later Thursday, will give the government the right to censor internet sites that distribute child pornography. Internet service providers will be required to restrict access to such sites and surfers trying to call up web pages on the government’s watch list will encounter an online stop sign warning them of the consequences of going further.

The proposed law championed by Family Minister Ursula von der Leyen, who belongs to Chancellor Angela Merkel’s centre-right Christian Democrats, has proven controversial because it empowers the federal criminal police (BKA) to decide which sites are dangerous and which aren’t. The list of sites would also remain secret.

Critics of the plan say it gives the government too much power and won’t really address the problem of child pornography. Von der Leyen dismissed those accusations in a speech before parliament Thursday.

“It’s cynical to speak to censorship in relation to this case, then the rape of children will be accessible in the mass media,” she said in her speech. Restricting access to the sites is simply a measure that only has a “preventative character,” she said, that won’t affect ordinary internet users.

Obtained by the website of Der Spiegel magazine, the letter lambasted the proposal.

“The citizens’ fears that this mechanism will be misused, is, in light of the many demands to expand the number of sites to close, highly justifiable. Independent of the intentions of the lawmakers is the danger that courts will apply an already-completed censorship structure to other crimes,” continued Schäfer-Gümbel.

“It has nothing to do with my responsibilities to ensure the freedom of information and electronic privacy,” Schaar said in an interview with the daily Berliner Zeitung.

The opposition parties in parliament have all expressed their resistance to the plan, meaning that the CDU needs the support of the SPD and its Bavarian sister party, the Christian Social Union for the measure to pass.