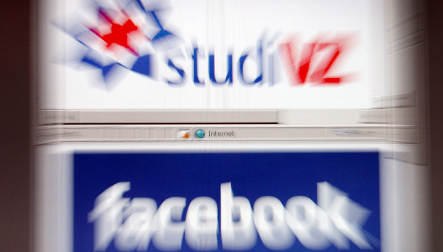 In their decision, the judges argued that hardly anyone in Germany was aware of Facebook in 2005, when StudiVZ was launched. A German version of Facebook has only been available since March 2008.

“It is the opinion of the responsible judges that despite the unavoidable similarities between the two web sites, there exists no unfair emulation,” the opinion said.

Facebook had argued that StudiVZ violated copyright laws by mimicking its logo, features and service. The company also claimed that StudiVZ secretly used Facebook code in order to copy the site.

“We’re happy that the State Court in Cologne completely dismissed this lawsuit,” said Markus Berger- de Léon, StudiVZ’s CEO was quoted by daily Handelsblatt as saying after the decision was announced.

StudiVZ, which publisher Holtzbrinck bought for €50 million in 2007, is Germany’s largest social networking site and claims to have 14 million users. The name is a play on words meaning “students directory.”

The scrappy German site isn’t completely off the legal hook. Facebook has also filed a similar lawsuit against StudiVZ in the US.