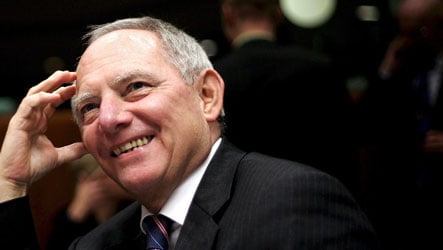 Citing sources close to Merkel, the paper said the chancellor has agreed to back her fellow Christian Democrat to represent Berlin at the European Commission in Brussels.

A spokesman at the Interior Ministry said on Thursday no such deal had yet been struck. But Merkel made clear after the Christian Democrats took the most votes in European parliamentary elections on Sunday that someone from her party should take up Germany’s soon vacant post within the European Union’s executive branch.

Berlin has expressed interest in the portfolios for competition, the EU internal market, and industry. Günter Verheugen, a Social Democrat (SPD), currently holds the enterprise and industry position at the Commission.

However, the paper reported that with Schäuble’s vast experience in government and his legal background, he could imaginably be able to fill any post in Brussels. He would also be easier for the SPD to support over other more polarizing members of the Christian Democrats.